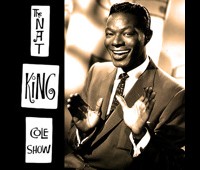 Register here  for 1 Substantive Credit. $69 (includes theatre ticket). Join us for a discussion of Nat King Cole’s legal opposition to racism, including his groundbreaking television show, The Nat King Cole Show, as portrayed in the People’s Light and Theatre Company’s production, “Light’s Out.” This play focuses on the last taping of Cole’s television show, which, while very popular from 1956-57, could not attract a national advertiser to financially support it. This CLE will talk about discrimination in advertising then and now, and Cole’s other legal fights against discrimination. The CLE includes a ticket to the 7:30 pm show of “Light’s Out,” starring Dule Hill (“The West Wing”, “Psych”) as Nat King Cole. Food is available for purchase in the Theatre Cafe for consumption during the CLE and after. Act fast!  Registration  for this CLE ends on October 26.

This entry was posted in Uncategorized.

Nucleus Legal Education provides high quality and unique continuing legal education for attorneys who are, or who want to be, at the center of everything. For more information, email us at info@nucleuslegaleducation.com.

We know that as attorneys, you value your time.  We also value the time of our presenter attorneys.  Therefore, we will cancel a class 24 hours before it is scheduled if no one has preregistered for it.  If you are interested in a course within that 24 hour period, please email us at info@nucleuslegaleducation.com to see if it has been cancelled.  Thank you.